Neurofeedback trains specific brain functions such as concentration, relaxation, endurance, peak performance, creativity and memory. It is a highly efficient method for the treatment of stress-related illnesses and functional disorders. Neurofeedback is also successfully used for mental performance enhancement in sports, work, school as well as for the promotion of creativity and health in the workplace. 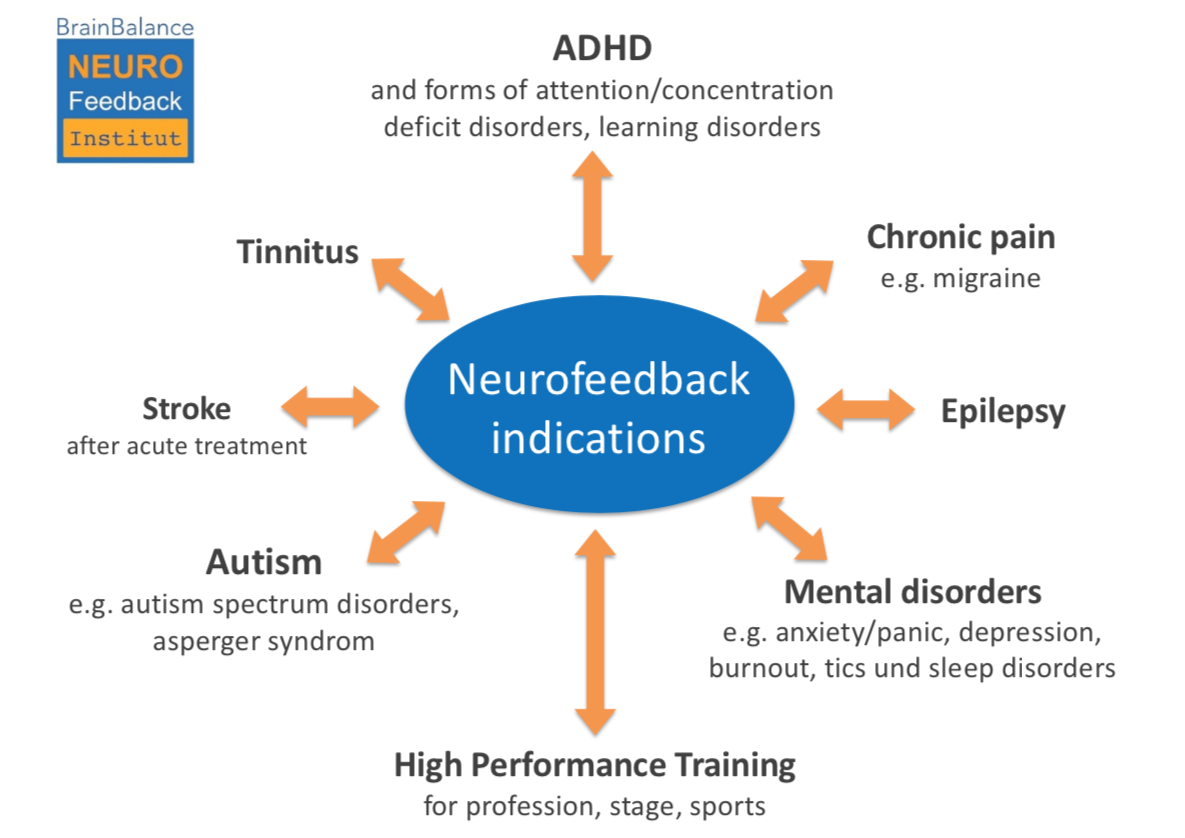 Neurofeedback in ADHD helps to positively influence the targeted self-regulation of one’s own brain activity. ADHD is an attention deficit and hyperactivity disorder that, if left untreated during childhood, can persist in adulthood. Today, scientists see the main cause of a central regulatory disorder in the brain and that the information processing between different sections of the brain is disturbed. Other accompanying causes can be psychological and social conditions. 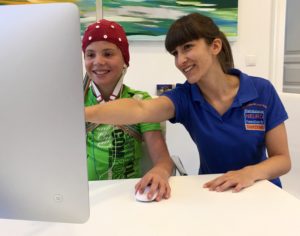 A child with ADHD can not concentrate or sit quietly, brings much effort only to an end and tends to ill-considered action. In another form, ADHD shows calm, dreamy behavior, but inner mental unrest. In adulthood, ADHD can u. a. expressing general inefficiency, disorganization and mood swings and complicating the daily routine considerably. However, there are direct connections between the activity patterns in the brain and our behavior (states of excitation, concentration and relaxation). Neurofeedback therefore focuses directly on the cause of the disease. Neurofeedback helps patients learn the specific self-regulation of their brain activity and can thus influence symptoms. The efficacy of Neurofeedback in ADHD therapy has been proven in numerous clinical studies in leading international specialist and university hospitals, eg. At the Universities of Tübingen and Frankfurt / Main.

Being under pressure, having constant thoughts and stress that does not end, sounds familiar? In everyday life we ​​are exposed to many situations where mental and physical tensions are built up. These may lead to anxiety, depression or other mental health problems. Neurofeedback can be successfully used as a supplementary treatment for mental disorders. It is based on a process showing alternative access to disease-enhancing thought patterns by influencing brain activity. This concerns in particular mental disorders, as well as unwanted patterns of behavior in daily life. There are direct connections between the activity patterns in the brain and our behavior. This affects our states of excitement, concentration, and relaxation. 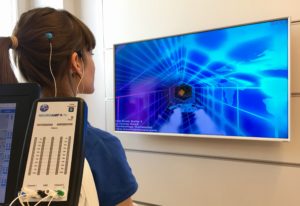 Neurofeedback can increase the quality of life by enhancing the ability of the brain to regenerate, it can strengthen your self-esteem and help you to regain your optimism. This promotes resilience = mental resilience to overcome a crises and make better use of mental resources. A key factor for the success of Neurofeedback in mental disorders is that the patient is actively involved in the therapy process.

For non-organic sleep disorders, Neurofeedback can provide an adequate alternative to drugs. The EEG waves which are necessary for falling asleep are being trained. The therapy helps with depression as well, to fight the numerous symptoms as well as isolation in the social and working environment.

Researchers suggest that depressive disorders may be associated with decreased activity of frontal brain regions. The disturbed brain activity affects the information and emotional processing in patients suffering from depression.
With the help of Neurofeedback, the activity of the frontal brain can be measured and influenced. After a series of therapy sessions, mood enhancement, increased drive, better ability to concentrate and generally improved condition could be registered.

For patients with autism, Neurofeedback often shows amazing effects on debilitating concomitant symptoms. Autism manifests itself with different symptoms depending on different characteristics and severity. 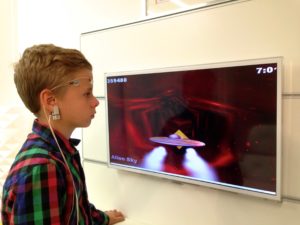 This includes withdrawal into one’s own world of thought, avoidance of contact with the environment, difficulties with speech and motor skills, low sensitivity to the emotions and needs of others, stereotypical movements and behaviors, and avoidance of body contact. Autism is not curable, however the strength of the expression can be reduced. The characteristics vary strongly between patients. Therefore, the treatment for each patient has to be personalized.  First studies indicate that Neurofeedback can be used successfully for the treatment of debilitating symptoms in autism and that the training can be learned by children with autism spectrum disorders. In particular, success with concomitant ADHD symptoms are apparent here, whereby a guideline-appropriate diagnosis should form the basis for the treatment.

Neurofeedback in epilepsy can help to reduce seizures. Epilepsy is a neurological disorder in which the firing rate of nerve cells is disturbed. Usually patients experience seizures of varying degrees with uncontrolled muscle movements, cramps and disturbances of consciousness. Epileptic seizures are among the most common neurological disorders. In epileptic seizures, large parts of the brain waves vibrate at a low frequency. In addition to drugs, Neurofeedback can influence activation patterns in the brain. It is trained to avoid the slow frequencies. 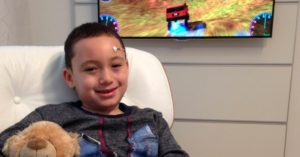 In a Neurofeedback session, feedback for the slow cortical potentials is provided so patients can learn to willfully suppress or reduce an approaching seizure. Studies in the US and at the University of Tübingen have shown that the number and strength of seizures can be reduced in about two-thirds of the patients. Even if the seizures do not disappear completely, the quality of life for those affected can often improve considerably.

After the acute treatment of a stroke, rehabilitation is important to reduce paralysis and restore motor function. This is where neurofeedback can be effective.

Already several years ago, the University of Tübingen, the American National Institute of Health and the National Institute of Neurological Disease and Stroke, successfully demonstrated the effectiveness of neurofeedback in the reduction of paralysis. It has been shown that even elderly people with brain damages, are able to deliberately exercise movements again, using this method of treatment.

Neurofeedback training stimulates brain self-regulation. Thus, a better function of the central nervous system and reduction of symptoms can be achieved. However, the basis of a treatment should always be a prior neurological evaluation.

More and more people are affected by tinnitus. Many patients are chronically ill and heavily burdened by the constant sounds in their ears. The sound manifests in the brain and, like a phantom pain, becomes independent from the original trigger. Various scientific teams have demonstrated that tinnitus is associated with specific changes in the brainwave profile. This is where Neurofeedback can help. 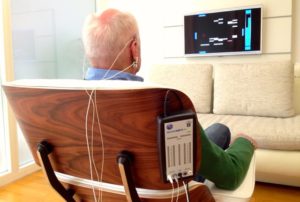 Research studies at the Roman Wall Clinic Mainz, the University Hospitals in Mainz, Constance and Marburg have shown that tinnitus can be treated successfully with Neurofeedback. Patients learn to change their oscillatory rhythm and thus achieve a significant reduction in stress and volume of the sound.

Many people who cannot deliver their peak performance usually have one thing in common: they have lost the ability to focus on what they want to achieve. They cannot enter a state in which they are totally focused on their actions. They have forgotten how to access resources such as the highest levels of concentration, inner serenity and total self-confidence when needed.

You can find these problems among managers, athletes, artists as well as students. Often, people suffer from stress-related illnesses, mental disorders, or unwanted behavior patterns due to a dysregulation of brain activity. These unconscious neurophysiological processes can be made perceptible and controllable with Neurofeedback.

Your personal goals and opportunities for development form the core of our digital mental training program. With Neurofeedback you can specifically train targeted focusing, impulse control, as well as mental stability and resistance. Thus, an optimal implementation of action can be promoted under competitive and stress conditions. This leads to an increase in your resilience.

A lot is required of us in everyday life. We work a lot and, in addition to the job, we often have to meet the requirements of family and the household. This requires tremendous stamina and mental stability. Often there is little time to breathe, to pause and to regenerate.

Neurofeedback helps us to increase our stress tolerance. It helps to center our thoughts, improves perception and prolongs our concentration phases. In addition to improved mental performance, this leads to an increase in self-esteem and more joy of life.

Neurofeedback fields of use